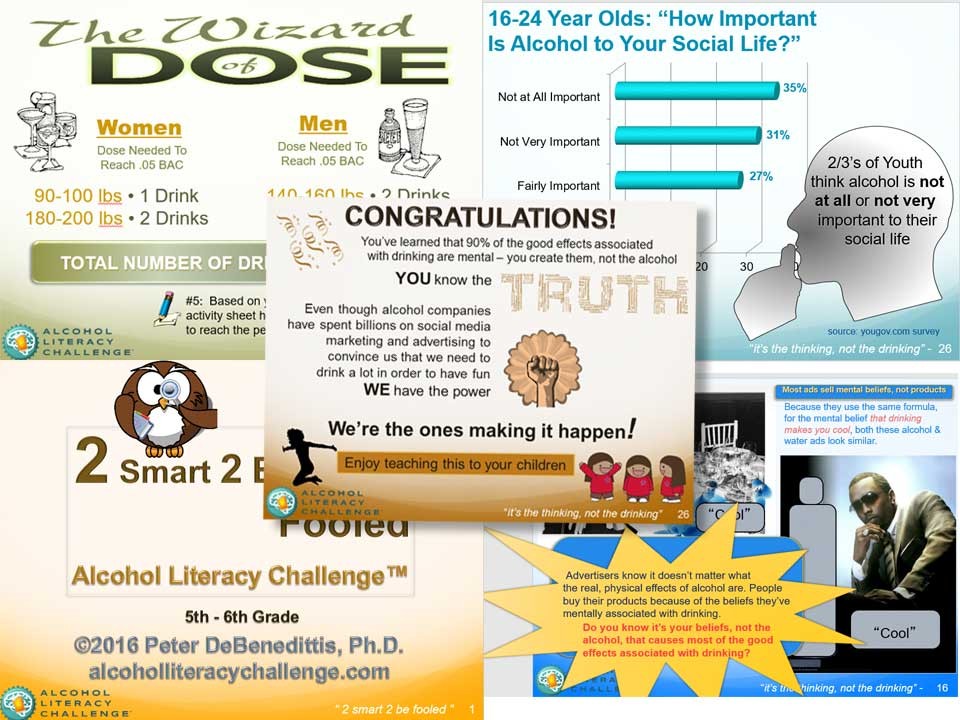 The Alcohol Literacy Challenge has undergone a major overhaul. The same tested principles used to challenge alcohol expectancies have been completely revamped. Content addressing social media has been added, and a fresh, more visually pleasing design has been used for the update that was released on September 1, 2016.

The biggest change is now the program is even easier to use. Animations and videos were produced to explain concepts presenters used to have to cover orally. The result will be greater fidelity. For the most part, presenters will only need to read what’s on the slide, then play a video or animation.

By accepting you will be accessing a service provided by a third-party external to https://alcoholliteracychallenge.com/